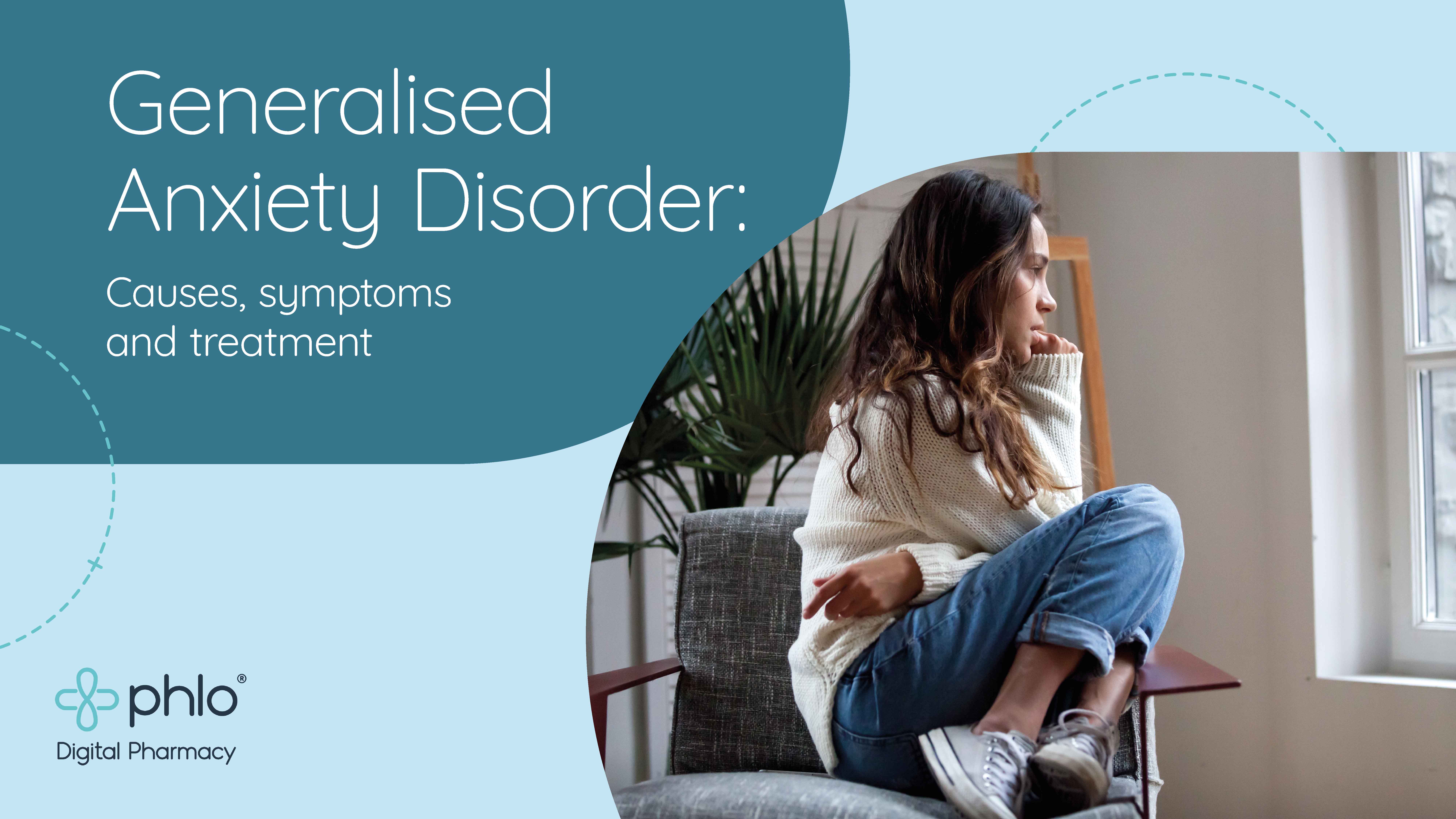 Most people experience passing anxiety at various points in their life. But when the tendency to worry becomes constant, debilitating and counterproductive, this is defined as a Generalised Anxiety Disorder (GAD).

In contrast with other types of anxiety disorders, such as Social Anxiety Disorder (SAD), Generalised Anxiety Disorder causes a person to experience anxiety about a wide range of events and situations, rather than having a specific trigger.

GAD is a prevalent condition that is currently estimated to affect up to 5% of the UK population. It is highly comorbid with depression, with recent research reporting that up to 62% of generalised anxiety disorder sufferers had also experienced at least one major depressive disorder during their lifetime.

Generalised Anxiety Disorder tends to affect more people between the ages of 25 to 59, and is known to affect more women than men. More recently, GAD has been observed to rise sharply in younger adults, which may be due to a range of societal and environmental changes over a short period.

People that suffer from GAD encounter significant challenges marked by reductions in physical, emotional and social functioning. Sufferers may withdraw from social activity and experience marked challenges in their day-to-day lives and work.

In this week's blog, we'll be taking a deep dive into this condition, covering causes and symptoms of generalised anxiety disorder, as well as treatment options available for sufferers.

GAD is a complex disorder, and its causes are currently not fully understood. Research points towards a complex interplay of different factors, which can vary from person to person.

Among these factors are genetic predispositions, distortions in normal neurological functions of certain parts of the brain, as well as factors such as having a history of traumatic events, drug or alcohol misuse, or suffering from chronic and painful conditions.

GAD is known to cause a variety of symptoms, largely grouped into psychological and physical symptoms.  These can significantly vary from person to person, such that one person may only experience a few particular symptoms, whilst another individual can experience a different number or set of GAD symptoms.

Psychological symptoms of GAD include:

GAD also often presents with an array of physical symptoms, including:

There is a wide range of treatments available for GAD, which for most individuals can prove effective in controlling the symptoms of this disorder.

There are two primary categories of GAD treatments:

Psychological therapy usually represents the first choice of treatment by most GPs. This type of treatment has been shown to be effective in a large number of people suffering from anxiety, as well as other mental disorders.

One of the main types of psychological treatments is Cognitive Behavioural Therapy – CBT. This is regarded as one of the most effective interventions for GAD.

This type of treatment involves working with a trained professional therapist, generally for one hour per week, for a few months. CBT helps one interpret, question and re-frame thought patterns that lead to anxiety, with the goal of ultimately enabling a person to engage in the activities that they’d like to without experiencing anxiety.

To access psychological therapy, you can speak to your GP or self-refer if you live in England.

SSRIs generally represent the first choice when prescribing treatments for anxiety. These types of antidepressants (sertraline, escitalopram, fluoxetine) can be effective in treating anxiety, and are generally taken on a long-term basis, though they usually take several weeks before they start to work.

If SSRIs are not effective, GPs can prescribe SNRIs – a different type of antidepressant. Similar to SSRIs, these medications (venlafaxine, duloxetine) increase the amount of certain neurotransmitters in the brain, in this case serotonin and noradrenaline.

Pregabalin is generally prescribed in cases where SSRIs and SNRIs haven’t been successful in managing anxiety. Pregabalin is an anticonvulsant – a type of medication prescribed to treat epilepsy, though it’s also been found to help treat anxiety.

Finally, benzodiazepines such as diazepam can sometimes be prescribed as short-term interventions to help with a particularly challenging period of anxiety. Though initially very effective, these drugs tend to lose their effectiveness quickly, and are also known to cause issues with addiction. For these reasons, benzodiazepines are generally not prescribed for more than 3-4 weeks.

Please get in touch with us today if you would like to speak to one of our pharmacists.