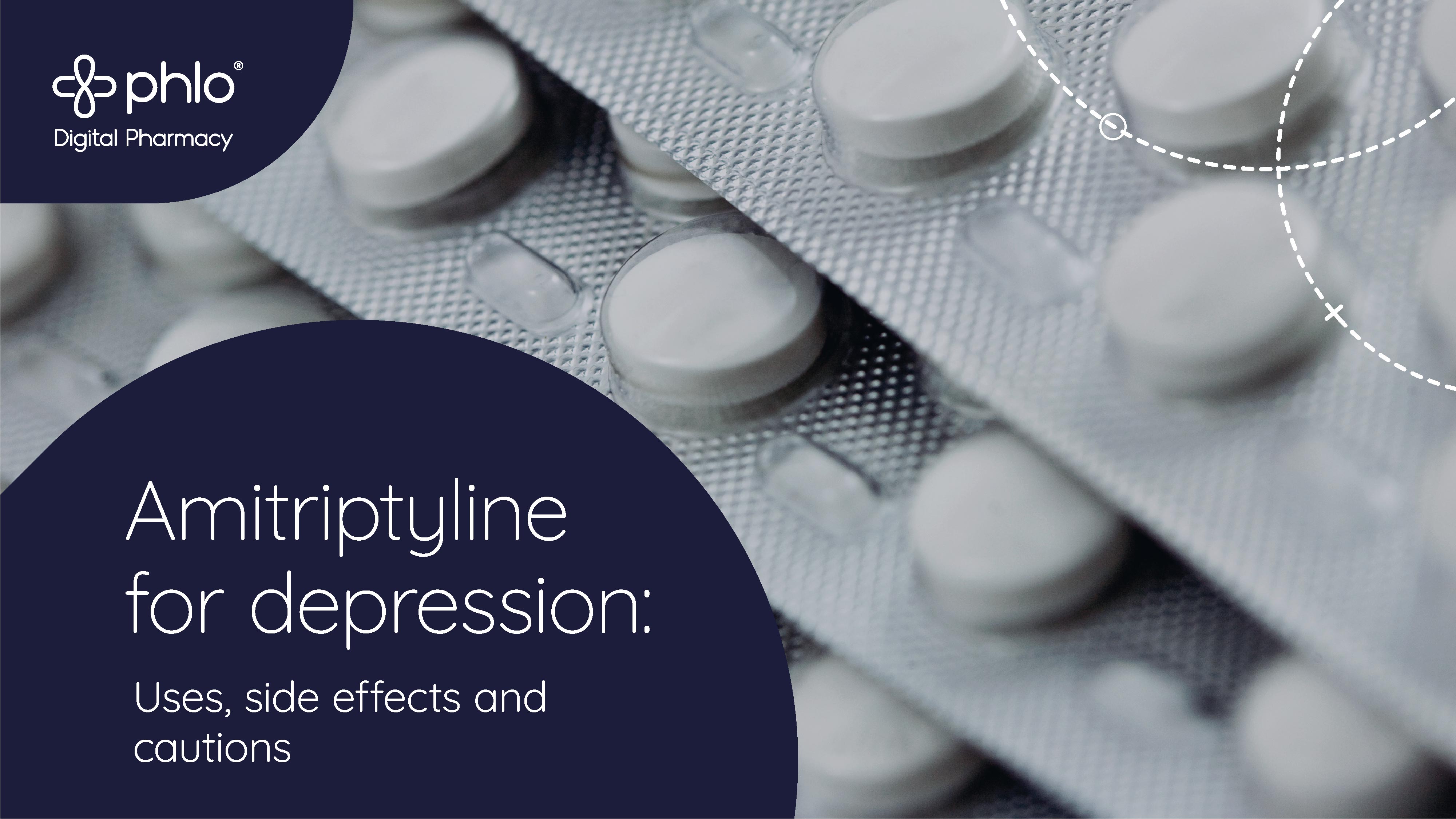 Amitriptyline for depression: Uses, side effects and cautions

In this blog we provide a comprehensive overview to the antidepressant amitriptyline, including how amitriptyline works and what it’s used for, how to take it and side effects.

Starting treatment with antidepressants can often be an apprehensive and challenging prospect, and as such, it’s important to be well-educated on the matter so that you know what to expect.

What is amitriptyline and what is it used for?

Amitriptyline is an antidepressant medication primarily prescribed for the treatment of clinical depression and low mood. This medication also possesses some analgesic (anti-pain) properties, and for this reason it is also often prescribed to treat migraines and certain kinds of pain.

How does amitriptyline work?

Unlike SSRIs and SNRIs, tricyclics such as amitriptyline can interact with other processes and chemicals in the body not immediately related to depression, thus increasing the chances that patients can experience unpleasant side effects. This is the reason why drugs such as amitriptyline are less well tolerated and not considered as first-line options for the treatment of depression.

How long does amitriptyline take to work?

Most antidepressants take a few weeks until they begin to work, and amitriptyline is no exception to this rule. Amitriptyline generally begins to work within 2 to 4 weeks and may take up to 6 weeks to reach a full effect.

This is called a “therapeutic lag” and highlights the importance of adhering to your medication regimen. If you’ve been prescribed amitriptyline, it’s important to give it a full 6 weeks to take full effect.

How to take amitriptyline

Amitriptyline formulations can come in various forms, though the most common ones are oral and liquid preparations. If you’ve been prescribed amitriptyline, it’s likely that you’ll be given oral tablets.

For depression, treatment generally starts at 50 to 100mg per day, a dosage that can be increased up to a maximum of 200mg if needed.

Your doctor will provide more detailed instructions on how and when to take amitriptyline, and you can also ask your pharmacist for more information. Generally, amitriptyline is simply taken with water at the same time every day – usually before bed, as the medication tends to produce a drowsy or sleepy effect. It can be taken with or without food, as it’s not known to cause stomach issues.

It’s essential that you strictly adhere to the treatment regimen prescribed to you. If you forget to take a dosage, take it as soon as you remember, unless it’s close to the next dosage. Never take more amitriptyline than indicated and avoid taking two doses at the same time to make up for a forgotten dose. If you have any questions or concerns regarding this, please contact our pharmacy team or your GP directly.

Side effects of amitriptyline

Like most other medicines, amitriptyline can produce unpleasant side effects, particularly in the initial period of treatment as your body gets adjusted to the medicine. After a few weeks, the intensity of the side effects will start to diminish, and your side effects may go away completely.

Common side effects include:

It’s important to inform your doctor about any medicines that you’re taking, including herbal remedies such as St. John’s Wort.

In particular, amitriptyline interacts with opioid medications such as codeine, morphine, dihydrocodeine, buprenorphine, fentanyl and oxycodone. Such interactions can be dangerous and may lead to excessive drowsiness and difficulty breathing.

To learn more about amitriptyline, please refer to the official NHS article.

Please get in touch with us today if you would like to speak to one of our pharmacists.