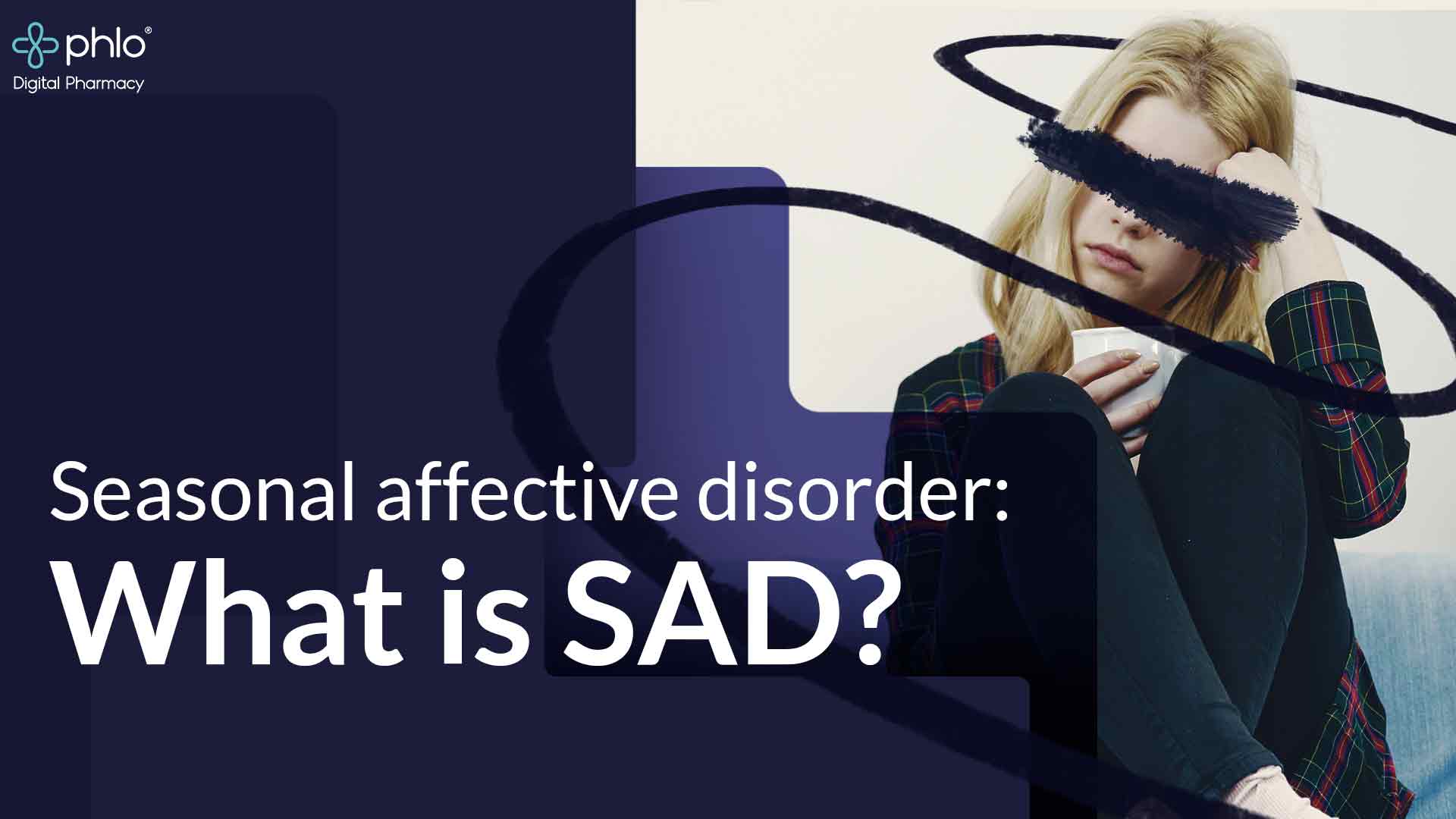 Seasonal affective disorder: What is SAD?

As we head into the dark winter months where each day gets progressively shorter leading to a lack of natural sunlight, some people can start to experience a particular type of depression disorder known as Seasonal Affective Disorder (winter blues, winter depression), or SAD for short.

Whether or not you have noticed that the winter months influence your mood, being aware of Seasonal Affective Disorder is important for recognising symptoms when they arise and seeking appropriate help. In this blog, we explore the causes and types of Seasonal Affective Disorder and discuss common symptoms, treatment options as well as useful lifestyle strategies that you can implement to feel better at home.

What is Seasonal Affective Disorder (SAD)?

SAD is defined as a disorder characterised by seasonal patterns of recurrent major depressive disorders. The National Institute for Health and Care Excellence (NICE) currently recommends that Seasonal Affective Disorder be treated the same as depression.

The exact cause of Seasonal Affective Disorder remains largely unknown, however, there are a few possible explanations which include:

The symptoms of Seasonal Affective Disorder are wide-ranging and somewhat atypical when compared to other depressive disorders. They include:

The symptoms of Seasonal Affective Disorder can often significantly vary in intensity from one person to another. To this point, milder, less intense symptoms can lead to the classification of “winter blues” or clinically as “subsyndromal SAD” (S-SAD).

If you suspect that you might be suffering from the winter blues or Seasonal Affective Disorder, you should see your GP. They will be able to provide assessment and diagnosis and recommend appropriate treatment if necessary.

Light therapy (SAD Lamps) and how it helps

Light therapy can also be referred to as phototherapy or Bright Light Therapy (BTL). This represents a viable treatment option that may relieve symptoms of Seasonal Affective Disorder and S-SAD but must always be monitored by a health professional.

Light therapy consists of sitting in front of a lightbox (SAD lamp) daily, which produces a powerful full spectrum of light that mimics natural sunlight. This works primarily by correcting the deregulation of our internal circadian rhythm. Though NICE reports that evidence to support the effectiveness of light therapy is insufficient, light therapy is believed to improve Seasonal Affective Disorder by suppressing the production of melatonin and increasing the production of serotonin.

While in the past, standard procedures consisted of sitting in front of a 2.500 lux SAD Lamp for 3 hours, nowadays 10.000 lux SAD Lamps are used for a duration of 30 to 45 minutes each day.

Light therapy is safe for most people, and lightboxes that filter out harmful ultraviolet rays (UV) are available to purchase. Adverse effects of light therapy may include eyestrain, headaches, irritability, and difficulty sleeping. In some cases, light therapy can produce serious symptoms during the first few days of treatment such as hypomania (excessive mood elevation and altered behaviour), and thoughts of suicide.

In addition, light therapy is not recommended for people with eye conditions or damage that makes you sensitive to light, or if you are taking any medication that increases photosensitivity (e.g. St. John’s Wort, lithium, certain antibiotics, etc.).

Antidepressants are often considered as a viable option for treating Seasonal Affective Disorder, though their effectiveness in this regard is not currently supported by a strong body of evidence.

Selective serotonin reuptake inhibitors (SSRIs) are often the first choice of antidepressants for Seasonal Affective Disorder, with some clinical trials finding fluoxetine to be equally as effective (but not more effective) than light therapy, and at a lower cost. Whilst fluoxetine proved to be a cheaper intervention for Seasonal Affective Disorder compared to light therapy, the latter proved to work faster and with fewer adverse effects compared to fluoxetine.

Sertraline has also been found to be well-tolerated in the treatment of SAD.

Many people with Seasonal Affective Disorder and S-SAD are found to have a deficiency of Vitamin D, and as such, supplementation is generally recommended to correct it. Vitamin D plays a crucial role in our bodies and regulates many important body systems and functions, including mood and immunity.

Doctors generally assess our Vitamin D levels via blood tests, and recommend treatment based on the results. If you are found to have a Vitamin D deficiency, supplementation will be recommended.

What can I do at home?

If you’ve been diagnosed with Seasonal Affective Disorder or the winter blues, it is always a good idea to implement and stick to healthy lifestyle habits, which will complement other treatment and have a positive influence on your symptoms and mood.

Getting as much natural sunlight as possible during the winter is recommended. If you work indoors, it’s always a good idea to take a short walk outside during your lunch break. This will not only provide some much-needed natural sunlight, but you’ll also be getting some exercise, which has also been proven to boost mood.

While working, try to position yourself next to a window if possible, and ensure that your environment is as bright as possible.

In addition, managing stress, getting plenty of sleep and eating a balanced and healthy diet is also important.

You can find more information about SAD on the NHS and MIND websites.

Our pharmacy team is always available for help and advice. Please get in touch with us today if you would like to speak with one of our pharmacists.

Phlo Perspectives: being diagnosed as coeliac and leading a gluten free lifestyle 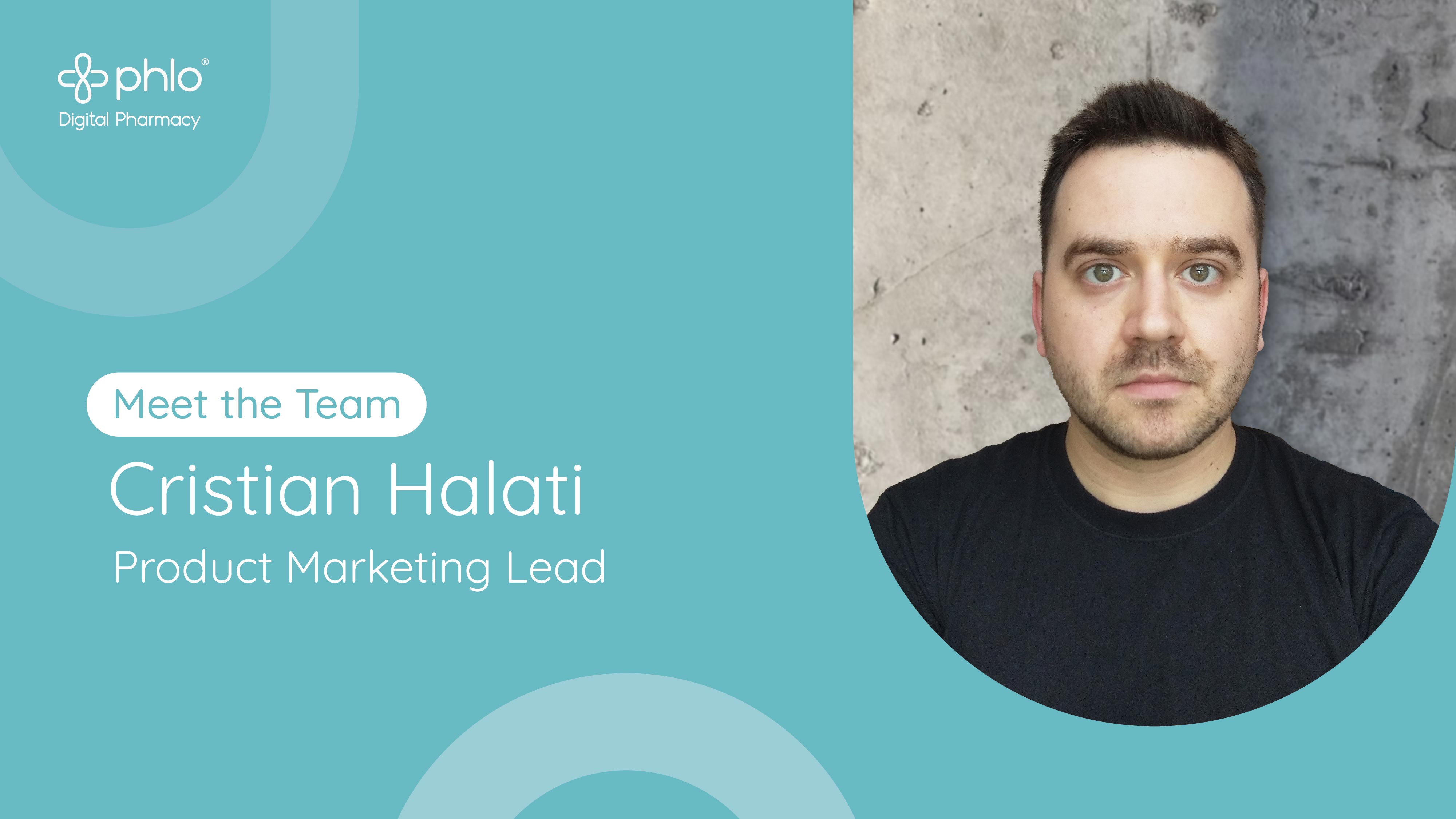 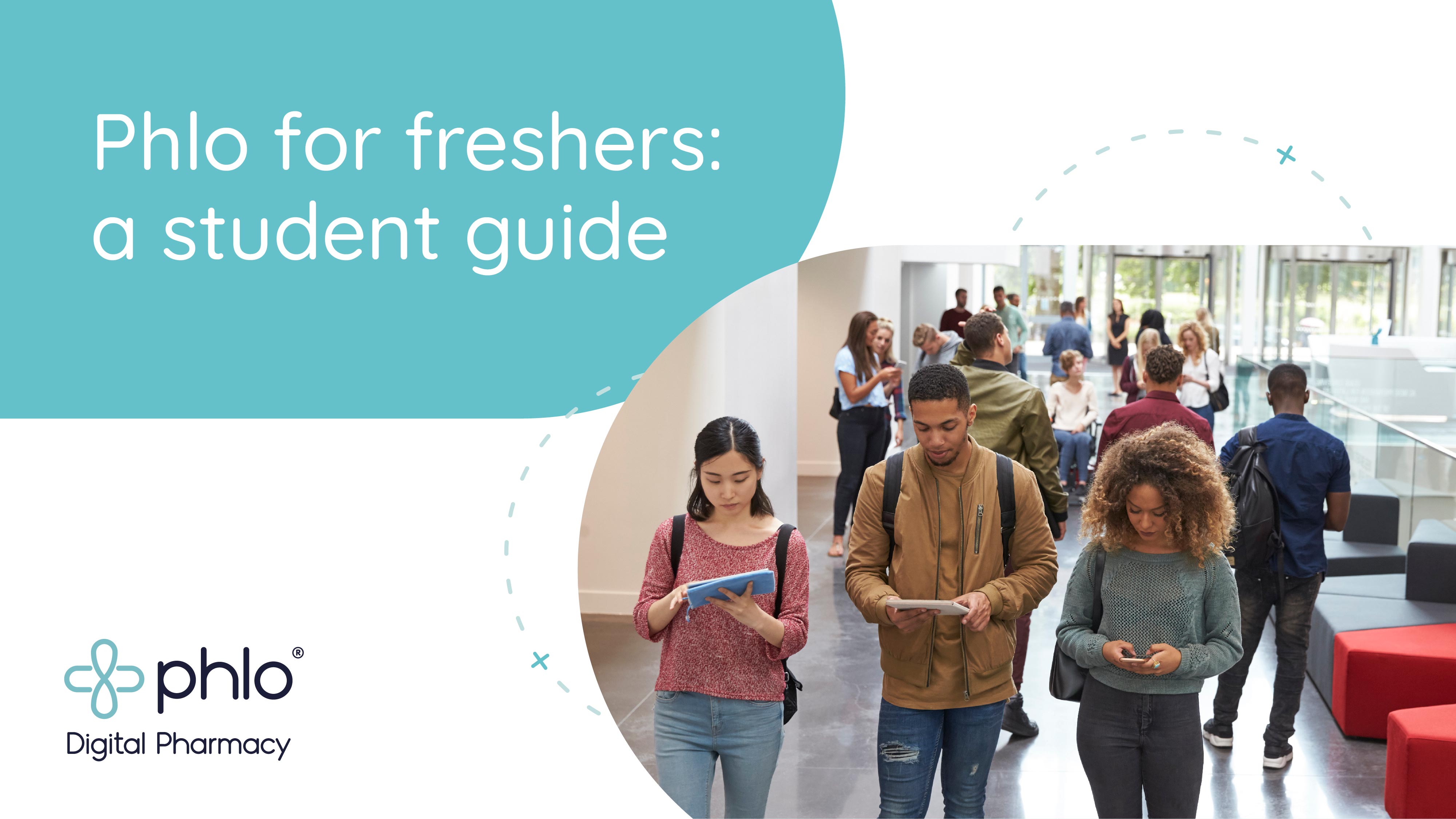 Phlo for freshers: a student guide

Phlo Perspectives: being diagnosed as coeliac and leading a gluten free lifestyle 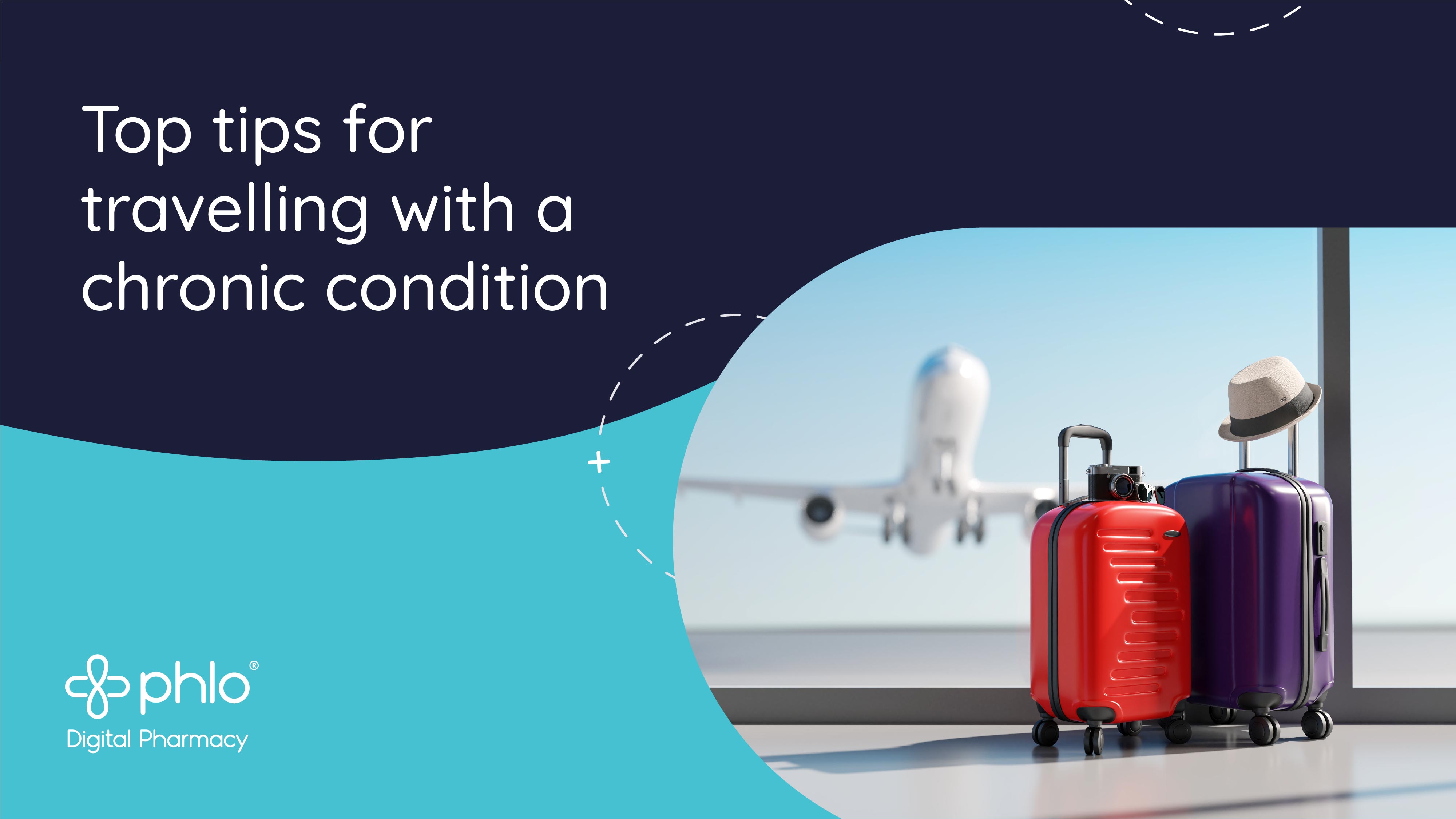 Top tips for travelling with a chronic condition 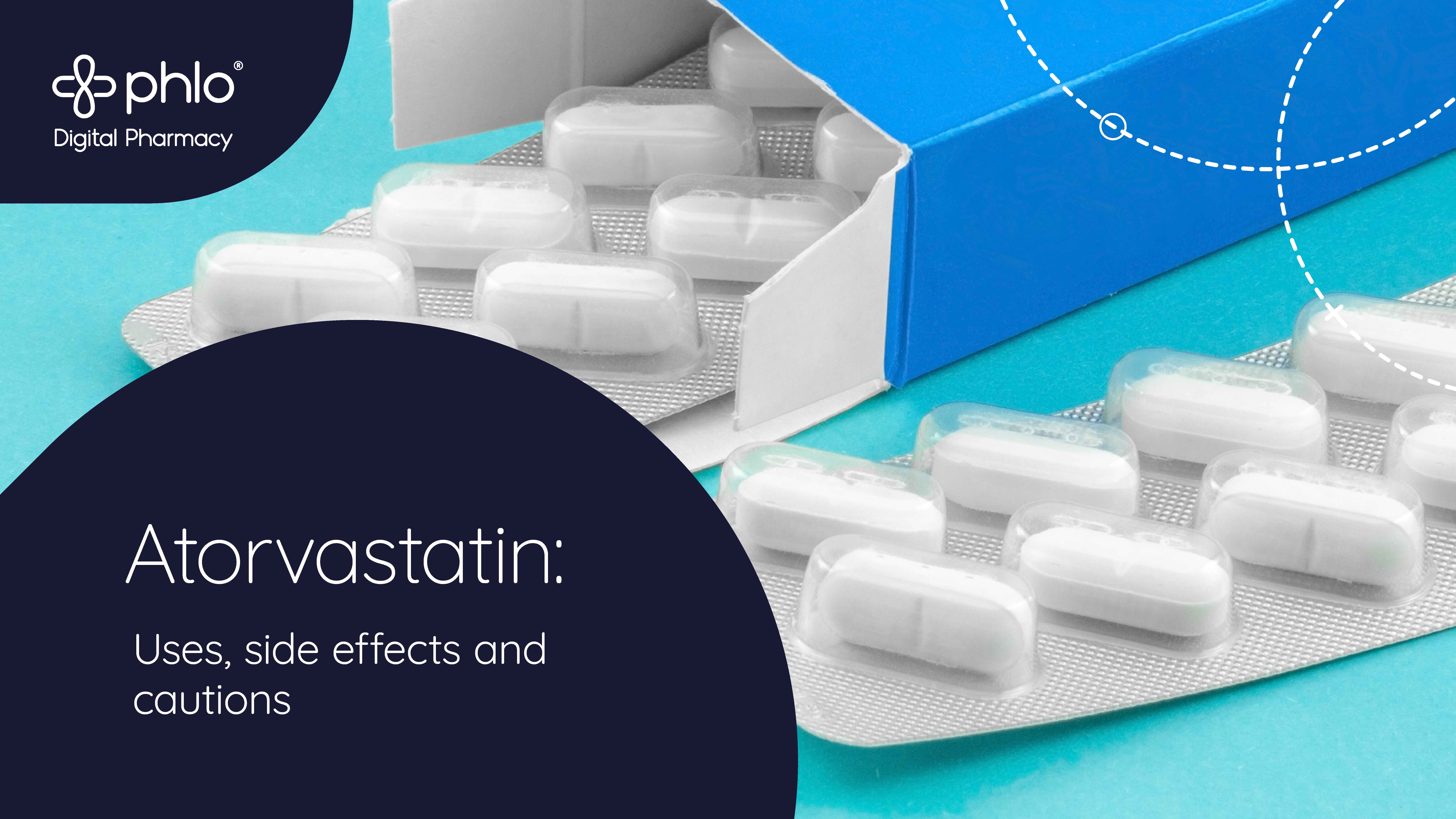 Atorvastatin: uses, side effects and cautions