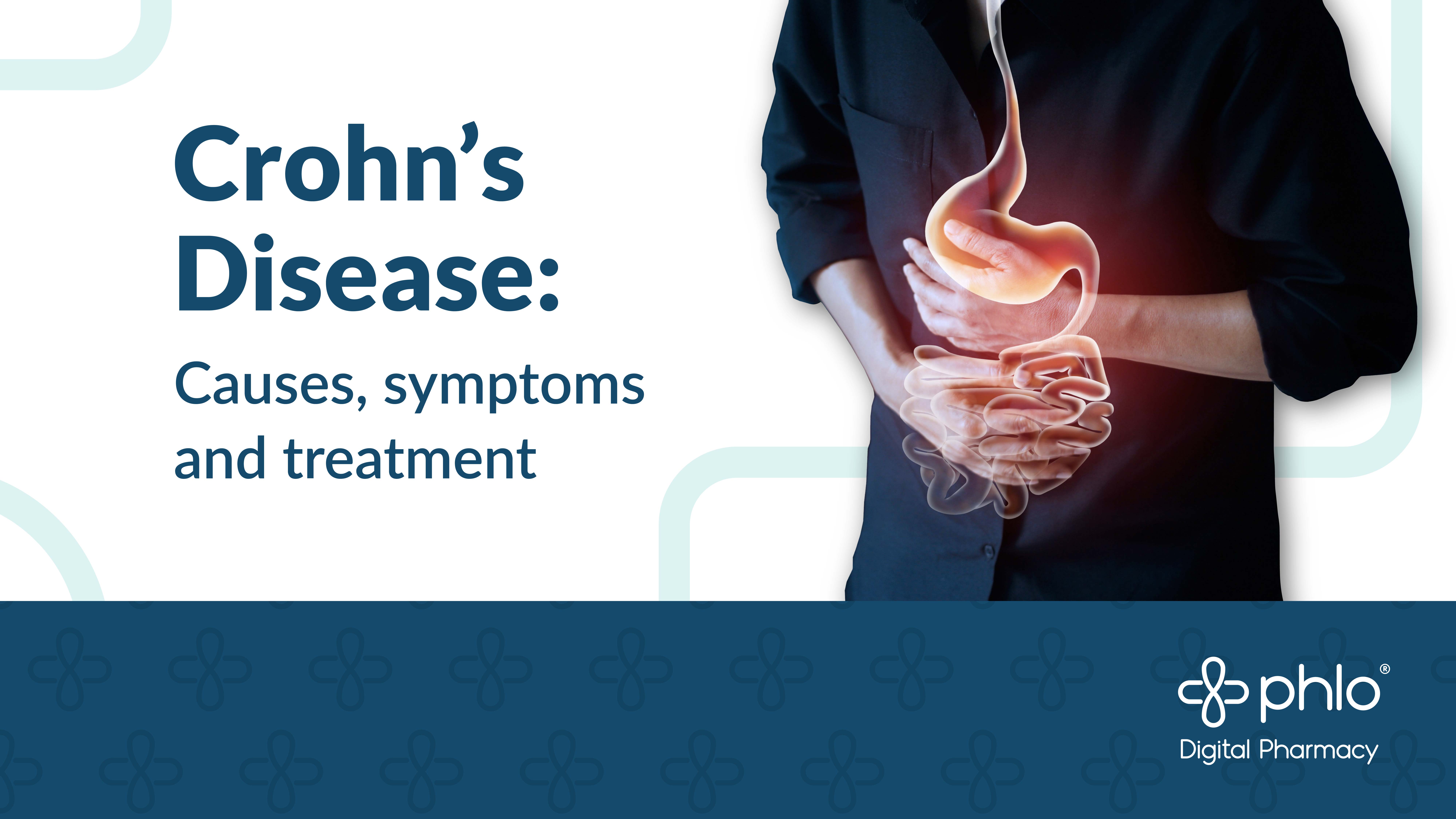 Crohn’s Disease is a chronic, lifelong disease that has become increasingly more common in recent years. Crohn’s is a complex, often poorly understood condition that affects sufferers differently and can significantly lower one’s quality of life.

In our first entry of our Crohn’s series, we provide a comprehensive overview of Crohn’s Disease, discussing causes, symptoms, and complications as well as treatment options.

What is Crohn’s Disease?

Crohn’s Disease is one of the two main forms of inflammatory bowel disease and consists of abnormal inflammation affecting various parts of the digestive system, leading to a wide array of symptoms and possible complications.

It’s most common in developed, western countries, and affects more women than it does men. Although Crohn’s affects people of all ages, symptoms generally begin to appear in children and young adults.

Crohn’s is characterised by periods of good health when symptoms are absent (remission), which are followed by flare-ups, periods when your symptoms become active or more severe. Several cycles of remission followed by flare-ups often progress the severity of the disease and may produce more serious health complications.

The exact causes of Crohn’s Disease are yet to be fully understood, though researchers believe that the disease is caused by a combination of factors, including inherited genes and abnormal inflammation in the gut in response to certain environmental conditions such as infections. You are more likely to develop Crohn’s Disease if immediate members of your family also have it. In fact, research shows that about 15% of people with Crohn's have a first-degree relative (such as a parent or sibling) with the disorder.

So far, there has been no evidence linking particular diets with Crohn’s Disease. However, if you think a particular food type is triggering your symptoms you should remove this from your diet and monitor the impact of the change.

Symptoms and complications of Crohn’s Disease

The most common symptoms during flare-ups include:

Treatment of Crohn’s Disease is generally aimed at controlling flare-ups. Physicians seek to reduce symptoms and prevent further flare-ups by lowering the inflammation in the body. Controlling symptoms with medication can enable people to live a symptom free life.

Milder forms of Crohn’s can also be left untreated. If you are concerned, speak to your GP or a pharmacist.

Crohn’s sufferers are generally supervised and treated by a team including your GP, consultants, and nurses.

Steroids are generally prescribed to reduce inflammation in the digestive system, and are usually taken for longer periods of time, usually months. They can cause some side effects such as weight gain, insomnia, increased risk of infections and can even slow down the rate of growth in children.

Due to this, liquid diets are generally employed in children and young adults. These diets, advised by specialists, are effective at reducing symptoms and produce fewer side effects, having the advantage of not impacting the rate of growth in children. See the NHS website for more details on this.

Immunosuppressant medication is also often prescribed and taken on a long term basis (months up to years) in conjunction with steroids. This is important if steroids or monotherapy is insufficient for controlling symptoms.

The strongest medication prescribed for Crohn’s Disease is biologics, usually administered via injection or drip every 2 to 8 weeks, and often taken for months of years. These are very effective in reducing symptoms and over the past decade have significantly decreased the number of people requiring surgery.

Surgery also represents a treatment option, and is often combined with medication. However, in the past years, advances in medication have reduced the number of surgeries required in Crohn’s sufferers.

Surgery generally consists of removing problem areas such as strictures or removing badly inflamed parts of the intestine.

Keep an eye on the Phlo Blog for more about Crohn’s Disease. Our next entry into the Crohn’s series will cover the consequences of social stigma on Crohn’s sufferers.

Do you have any questions about Crohn’s Disease? Get in touch with our pharmacy team to speak to a knowledgeable pharmacist that will be able to answer any further questions.